Please allow me to write this blogpost in English as it addresses an international audiance. Tx.

I have been on Twitter since April 2007. After a few weeks I started to do some search for twitter accounts that were of any interest to me. As I have been a Schalke fan for more than 35 years, it struck me that many big Bundesliga clubs were present on Twitter, but not my Schalke04? @schalke, @schalke04 or @fcschalke04 (suspended) existed in those days, so I decided to grap the @s04 account and forward the rss feed of the Schalke site via Twitterfeed to the twitter account. I am Belgian, so my German was certainly not perfect enough, so I decided not to make any personal statements but only to provide the official news from the official Schalke site to the twitter account. I did not make any marketing efforts what so ever, but the audiance quickly rose to almost more 1000 followers.

When in August (2/8/2011) of this year a report was published on the social media presence of the Bundesliga clubs, where Schalke was nominated “Schlusslicht”, I was not surprised as they had no official Twitter nor Facebook account but it did not yet dawned at me that they had taken actions to chance that involving “my” twitter account.

On 8th August 2011 I found a mail in my spambox from a certain “underwould” :

Impersonation is pretending to be another entity in order to deceive, and is strictly prohibited. This account has been suspended.

I was baffled. It was great news that Schalke showed interest in my twitter account, but why not just ask me, rather than have the account suspended and lose all followers? I responded quickly.

and got a short and dirty answer back. Don’t argue

To resolve confusion with the brand, we added underscores to your username, now @S04___, and released the username to the brand owners for their active use on Twitter.

Impersonation is pretending to be another entity in order to deceive, and is strictly prohibited. Your account has been permanently suspended.

They had suspended my account. I would have been happy to hand over the account to them. I am still somewhat disappointed. I had no claim on the account and never meant to benefit from this in any way, but I clearly did not had the follower potential of the Facebook page (>300.000 friends).

Anyway I did it for the many fans who did not find anywhere the official Schalke news and maybe I had been hoping they would have asked nicely and recovered the followers? Sigh … 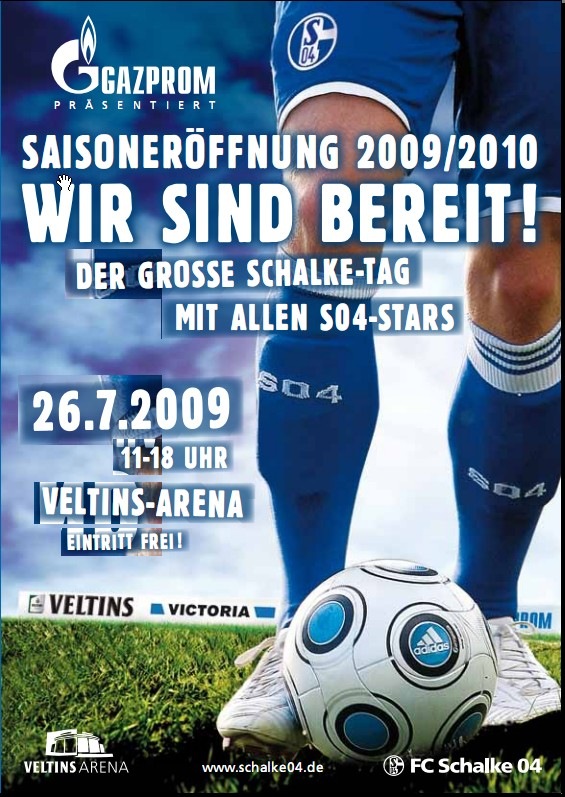